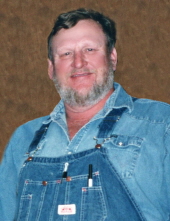 He was born on November 27, 1957, in Glenwood, the son of Harold Loyd Raines and Clydie Sue Smith Raines. On November 17, 1978, he was married to Janet Hemund. He was preceded in death by his parents, and his brother, Billy Dock Lambert.

He was a technical engineer for Rimfire Technical Services and had worked as a surveyor for the state of Arkansas, as well as a horticulturist for Spring Creek Nursery. An avid hunter, he was a member of the A-Frame Deer Lease and enjoyed participating in the Chuck Wagon Races. His favorite hobby and greatest pleasure were his grandsons, Eli and Jaxon. He was a Christian in his faith.

To order memorial trees or send flowers to the family in memory of Kenneth H. Raines, please visit our flower store.