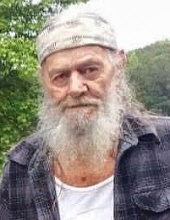 L. D. enjoyed hunting, fishing and gardening and loved being around his family.

Services will be held at 2:00 PM, Monday, November 8, 2021, in the Davis-Smith Funeral Home Chapel, Glenwood, with Bro. Joe Cogburn officiating.

Interment will be in Pleasant Grove Cemetery.

Pallbearers will be his grandsons.

To order memorial trees or send flowers to the family in memory of L. D. Cogburn, please visit our flower store.