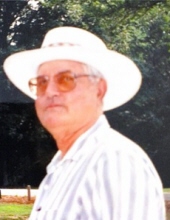 He was preceded in death by his beloved parents, “Chuck” and Georgia Robson; his sister, Juanita Harris; and his wife, Georgia Ross Robson.

Born in rural Scott County Arkansas on May 7, 1936, Larry graduated from Acorn High School in Mena, and served in the United States Army. After his discharge, Larry satisfied his wanderlust by living and working in several states including Alaska, California, Nevada, and Colorado, until meeting Georgia and settling down in Hot Springs for the last years of his life.

In addition to his family, Larry loved his friends, his dogs, and his deer hunting. He was a gracious, generous man who was always interested in the world around him.

Larry is survived by his cherished sister, Muriel Robson Brown Stokes, and his brother-in-law and friend, Fred Stokes. He is also survived by two nieces and a nephew, for whom “Uncle Larry” will always hold a special place in their hearts.

Larry will be buried beside his beloved parents in Pinecrest Memorial Cemetery in Mena.

To order memorial trees or send flowers to the family in memory of Larry Lowell Robson, please visit our flower store.