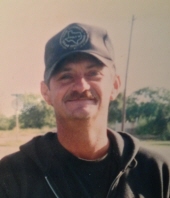 Larry Glasgow, age 60, of Daingerfield, Texas passed away Sunday, June 8, 2014, peacefully at his home surrounded by his loving family after a battle with cancer. Larry was born on August 22, 1953, in Huntington, Indiana. He was preceded in death by his parents, Elmer "Boob" and Pauline Glasgow; his brother, Randall "Eli" Glasgow; and his sister, Stephanie Glasgow. Larry graduated from Dierks High School and later married Rhonda and moved to Brazoria, Texas, where they lived and raised two children. Larry worked as a Lieutenant at Texas Department of Criminal Justice, Clemens Facility until he retired, and moved to Livingston, Texas and went back to work at the Polunsky Facility for another five years. Larry was raised Church of Christ, and later attended Baptist Churches. Larry was an avid fisherman and loved the outdoors. Larry had many friends and loved them and his family very much. He will be forever in our hearts. He is survived by his wife, Rhonda Vivian Glasgow of Daingerfield, Texas, his son, Mitchell Shane and Karen Glasgow of Magnolia; his daughter, Heather Leigh Glasgow of Daingerfield, Texas; three grandchildren, Michael Shane Glasgow of Dierks, Story Miller of Ft. Drum, New York and Brent Armstrong of Newhope. One brother and sister-in-law, Phillip and Jamie Glasgow of Newhope; four sisters and brothers-in-law; Debra and Jerry Mounts of Dierks, Rhonda and Ronald Hunter of Newhope, Kim and Bill Roberts of Lockesburg, and Stacey and Chuck Clay of Lockesburg; three aunts, Mae Dean Coffman of Bacliff, Texas, Linda Duggan of Dierks and Bonnie Clemens of San Antonio, Texas; two sisters-in-law in Texas, Renee Morrison of Hughes Springs, Texas and Nancy Irby of Livingston, Texas. Larry had 19 nieces and nephews and 27 great-nieces and nephews from Newhope; also, Lacey and Nick Fletcher, their children, Xoe, Shiloh and Conleigh from Daingerfield, Texas; Clifford Morrison from Denton, Texas; and Nele and Becky Morrison, their children Jay, Kylie and Paxton from Hughes Springs, Texas; Jerri Sherrod from Livingston, Texas; her children; Shandee Frazier of College Station, Texas and Benjamin Skylar Frazier of Tarkington, Texas; Angela and Nick Kelly, and their son Roc from Little Rock. Larry leaves behind many more relatives and friends. Services will be held at 10:00 AM, Friday, June 13, 2014, in the Newhope Church of Christ with Robert Peek officiating. Visitation will be held Thursday, 6:00 PM until 8:00 PM, at the funeral home. Interment will be in the Bissell Chapel Cemetery under the direction of Davis-Smith Funeral Home, Glenwood. Pallbearers will be Richard Alford, Quinton Burton, Lynn Coffman, Nick Fletcher, Allen Hobbs, Sam Humphries, Robert Maddox, Nele Morrison and Cory Parr. Guest registry is at www.davis-smith.com.

To order memorial trees or send flowers to the family in memory of Larry Mitchell Glasgow, please visit our flower store.