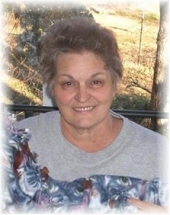 Latricia A. Crews, age 68, of Glenwood, died Sunday, August 31, 2014. She was born on December 24, 1945 in Hot Springs, the daughter of Vernon Warren Norman and Virgie Martin Norman. On September 3, 1965, she was married to Robert Crews. She was preceded in death by her parents; her step-mother, Louise Norman; and three brothers, J. W. Norman, Virgil Norman and Junior Norman. She was employed for many years at Kmart, Quickway and Wright's Food Center. She was a member of the Bethel Missionary Baptist Church. She is survived by her husband, Robert Crews; her son, Roger Crews; her daughter, Leeann Stearn, all of Glenwood; two grandchildren; two great-grandchildren; and four sisters, Ethel McCoy of Hot Springs, Verna Millerd of Stuttgart, Dolores Johnsonbaugh and Thelma Harper, both of Jessieville. Graveside services will be held at 10:00 AM, Thursday, September 4, 2014, in the Bethel Cemetery with Bro. Keith Shewbart officiating. Visitation will be Wednesday, 6:00 PM until 8:00 PM. Arrangements are under the direction of Davis-Smith Funeral Home, Glenwood. Guest registry is at www.davis-smith.com.

To order memorial trees or send flowers to the family in memory of Latricia A. Crews, please visit our flower store.