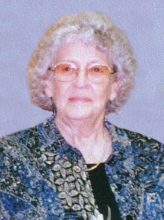 Lavern McGill, age 90, of Story, passed away on Friday, May 1, 2020. She was born on July 20, 1929 in the Aly community of Yell County, the daughter of Marvin Johnny Stokes and Sarah Nancy Parker Stokes. On November 1, 1946, she was married to William Eugene McGill who preceded her in death on January 16, 2011. She was also preceded in death by her parents; one brother, Bennie Stokes; and one sister, Estelene Smith. She and her husband spent many years in California before moving back to Arkansas. She attended Story Church of God. She is survived by three children, Loretta Graham, Larry McGill and Rose Nelson, all of California; five grandchildren; ten great-grandchildren; two great-great-grandchildren; and two sisters, Ruby Stuart of Story and Cora Swaim of Jacksonville. Graveside services will be held at 2:00 PM, Tuesday, May 12, 2020, in the Reed Cemetery at Story with Bro. Brien McKenna officiating. Pallbearers will be Stan Miller, Mervin Lambert, Jason Bissell, Johnny Stokes, Michael Stokes, Tim Stokes and Shawn Curtis. Arrangements are under the direction of Davis-Smith Funeral Home, Glenwood. Guest registry is at www.davis-smith.com.

To order memorial trees or send flowers to the family in memory of Lavern McGill, please visit our flower store.