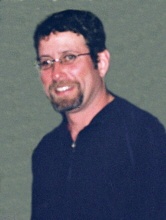 Lee Alan Sadler, age 50, of El Dorado, passed away on Wednesday, April 8, 2020. He was born on January 22, 1970 in Dallas, Texas, the son of Teddy Lynn Sadler and Barbara Roe Sadler. He was preceded in death by his father. Lee was known as a very meek, humble person who always had a smile on his face and never met a stranger. He enjoyed hunting, fishing and caring for his dog, Ethel. He is survived by his mother, Barbara Sadler of Glenwood; his brother and sister-in-law, T. L. and Isibel Sadler of Coppell, Texas; his sister and brother-in-law, Mindy and Anthony Holcombe of Glenwood; eleven nephews and nieces; and numerous uncles, aunts and cousins. Memorial services with interment will be announced and held in Bluebonnet Hills Memorial Park, Colleyville, Texas, at a later date. Cremation arrangements are under the direction of Davis-Smith Funeral Home and Crematory, Glenwood. Guest registry is at www.davis-smith.com.

To order memorial trees or send flowers to the family in memory of Lee Alan Sadler, please visit our flower store.