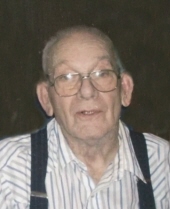 Leon T. Scott, age 90, of Greenville, Texas passed away on Saturday, December 5, 2015. He was born on February 22, 1925, in Mauldin, the son of Lon Scott and Myrtle Elizabeth Smith Scott. On August 13, 1949, he was married to Billie Jo Ponder, who preceded him in death on March 9, 2007. He was also preceded in death by his parents; his sister, Bernice Catherine Key; and his brother, Waymon Scott. During his senior year in high school, Leon decided to go to work and later attended a diesel trade school, where he gained knowledge he would use on ships while serving in the U.S. Navy, during WWII. He worked for many years as a log cutter in Colorado, New Mexico and Washington and also for nine years he worked as a mechanic on Caterpillars. While in Washington, he also graded English peas and sweet corn at a food processing plant. Leon was known for telling interesting stories of his work life and enjoyed growing a vegetable garden. He is survived by two sons and daughters-in-law, Micheal and Marilyn Scott of Glenwood, Washington and David and Sonjia Scott of Waynesville, Missouri; one daughter, Angela Dianne Scott of Greenville, Texas; three grandsons, Stacy Scott, Mike Scott and Trevor Scott; two granddaughters, Lacey Peterkin and Kriskin Wilson; four great-grandsons; eight great-granddaughters; one sister and brother-in-law, Blanche and Leo Howton of Greenville, Texas; one sister-in-law, Patricia Scott of Mount Ida; three nieces; four nephews; and numerous extended family members and wonderful friends. Services will be held at 1:00 PM, Wednesday, December 9, 2015, in the Davis-Smith Funeral Home Chapel in Glenwood with Bro. James Scott officiating. Visitation will be held Wednesday, 12:00 PM until 1:00 PM, prior to the services. Interment will be in the Rocky Valley Cemetery, Mount Ida, with military honors provided by U.S. Navy. Pallbearers will be Delbert Parnell, Joe Guinn, Jacob Phew, Pete Guinn, Kenneth Howton and Kevin Howton. Guest registry is at www.davis-smith.com.

To order memorial trees or send flowers to the family in memory of Leon T. Scott, please visit our flower store.