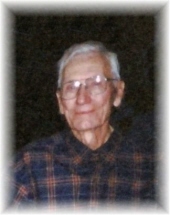 Lester Tolleson, age 93, of Kirby, died Thursday, October 10, 2013. He was born on September 9, 1920, at Mount Pleasant, Texas. On May 24, 1941, he was married to Hazel Motley Tolleson, who preceded him in death on September 28, 2011. He was also preceded in death by his parents, Leslie Edwin Tolleson and Ruby Womack Tolleson; his grandson, Brian Matthew Tolleson; his granddaughter, Michelle Love; and his son-in-law, Earl Love. He was a U.S. Army veteran, a member of the Daisy Church of Christ and worked in the logging industry in his earlier years. He also worked for many years in maintenance and as the grounds keeper at the Pike County Hospital in Murfreesboro until retirement. He enjoyed hunting, spending time outdoors and was an avid fisherman. He was a wonderful father, grandfather and great-grandfather who dearly loved his family. He is survived by his son and daughter-in-law, Ed and Judith Tolleson of Paragould; his daughter and son-in-law, Shelvia and Travis Golden of Kirby; two grandchildren, Michael Love of North Little Rock and Amber Bucy and her husband, Shawn, of Rector; two great-grandchildren, Avery Bucy and Parker Bucy, both of Rector; several nieces and nephews; and a host of wonderful friends. Graveside services will be held at 3:00 PM, Sunday, October 13, 2013, in the Bear Creek Cemetery with Harold Vaughn and Billy Golden officiating. Visitation will be held Sunday, 1:00 PM until 2:00 PM, at the funeral home. Arrangements are under the direction of Davis-Smith Funeral Home, Glenwood. Pallbearers will be Shawn Bucy, Michael Love, Mike Haggard, Mike Sipes, Danny Dunlap and Travis Golden. Guest registry is at www.davis-smith.com.

To order memorial trees or send flowers to the family in memory of Lester Tolleson, please visit our flower store.