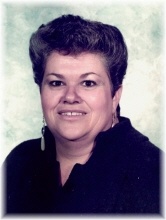 Linda Fay Gideon, age 67, of Mount Ida, died Monday, June 29, 2015. She was born on June 19, 1948 in Madera, California, the daughter of Ernie Dee Smith and Johnnie Henry Thomas Smith. She was preceded in death by her parents; and her daughter, Mary McAdams. She was a United States Marine Corp veteran and member of the Glenwood Church of Christ. She was active in the Glenwood Senior Citizens Center and volunteered in the Helping Hands Store. She enjoyed fishing, quilting and needlepoint. She is survived by two children, Linda Carol Gideon of Mena and Ronnie Gideon of Mount Ida; three grandchildren, Shaina Gideon of Glenwood, Robert Burton of Murfreesboro and Lance Spoo of Kirby; two great-grandchildren, Ava Ward and Elliegh Gideon; her brother, Steven Smith of Chowchilla, California; and her sister, Margaret Mecum of Glenwood. Services will be held at 2:00 PM, Friday, July 3, 2015, in the Davis-Smith Funeral Home Chapel, Glenwood, with E. J. Johnson officiating. Visitation will be held Thursday, 6:00 PM until 8:00 PM, at the funeral home. Private burial will be held in the Ozan Cemetery near Nashville. Guest registry is at www.davis-smith.com.

To order memorial trees or send flowers to the family in memory of Linda Fay Gideon, please visit our flower store.