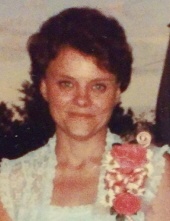 She was born on May 12, 1951, in East St. Louis, Illinois, the daughter of Pete Cogburn and Helen Marie Davis Cogburn. She was preceded in death by her parents.

She enjoyed taking care of her yard and working with her flowers. She loved being with all of her family and seemed to be a mother to all of them.

To order memorial trees or send flowers to the family in memory of Linda Wisdom, please visit our flower store.