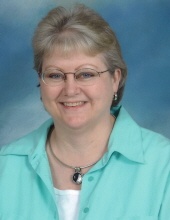 She was born on February 20, 1958, in Little Rock, the daughter of Ernest and Virginia Edington. On January 16, 1993, Lisa married the true love of her life, Larry Calhoun, who preceded her in death on August 2, 2011. She was also preceded in death by her parents; and her brother, Ernie Edington.

Lisa worked for many years as the school secretary for the Centerpoint School district until her retirement in 2013. She enjoyed collecting just about anything and everything. Lisa was a wonderful wife, mother, grandmother, sister and friend, whose greatest joy in life was spending time with her family, whom she dearly loved.

She is survived by her daughter and best friend, Sallie Bowman of Amity; her bonus children and their spouses, Angela and Rick Freer of Delaware, Arkansas and David and Mary Calhoun of Hooks, Texas; her grandchildren, Alex and Sarah Calhoun; her special girls, Harper and Sawyer Johns; her three brothers and sisters-in-law, Randy and Loretta Edington of Fayetteville, Rob and Diane Edington of Mount Ida and Brent and Catherine Edington of Hillsboro, Oregon; numerous nieces, nephews, extended family members and a host of wonderful friends.

Visitation will be held Friday, 12:00 PM until 1:00 PM, in the funeral home chapel prior to the services.

Interment of cremated remains will be in the Jones Cemetery, immediately following the memorial services.

In lieu of flowers, the family requests memorials be made in memory of Lisa to the American Diabetes Association, 320 Executive Court, Suite 104, Little Rock, AR 72205.

To order memorial trees or send flowers to the family in memory of Lisa Edington Calhoun, please visit our flower store.