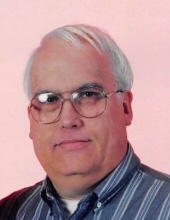 He was born on September 28, 1951, in Hot Springs, the son of Clyde Raymond Smith and Verdie Verlene Keener Smith. He met someone who he thought was very special and married his best friend, Mary Jane Byrd, in Pine Bluff on August 4, 1972. He is preceded in death by his parents; and his grandparents, Phillip and Martha Green Smith and Joe and Delia Reed Keener.

Loyde was a graduate of Cutter Morning Star High School. He was a deacon at Southwest Missionary Baptist Church. Immediately after Loyde and Mary Jane married they moved to Hot Springs. Loyde worked at Weyerhauser in the truck shop for several years and then at Firestone Tire Center for nearly 20 years, then St. Joseph’s Mercy Health Center as a courier for 20 years, and Orielly Auto Parts for 4 years until retirement in 2017 as a courier. He enjoyed deer hunting, motorcycles, cars and building fine scale models.

He is survived by his wife of 49 years, Mary Jane Smith, who he was very devoted to and insisted he take her to work and pick her up every day form work after he retired. He is lovingly remembered by his daughter Tina Jane Teaque, son-in-law, John Tom Teaque and his only granddaughter, Lacey Jane Teaque, who lovingly called him “Pop” and he was very devoted to her and picked her up from school for several years. He is also survived by extended family members and a host of wonderful friends.

To order memorial trees or send flowers to the family in memory of Loyde Vernon Smith, please visit our flower store.