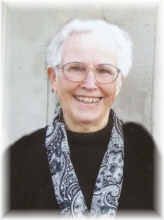 Madge L. Bledsoe, age 90, of Glenwood passed away on Monday, January 26, 2015. She was born on December 3, 1924, in Raton, New Mexico, the daughter of Arlice Chumbley and Kathryn Poyser Chumbley. On May 23, 1942, she was married to Richard Bledsoe. She was a member of the Church of Jesus Christ of Latter Day Saints and active with the Hot Springs YMCA. She is survived by her husband, Dick Bledsoe of Glenwood; two sons and daughters-in-law, Gregg and Cathy Bledsoe of Campo, California and Garry and Jodi Bledsoe of Fallbrook, California; four grandchildren, Katherine Dunning, Jeffery Bledsoe, Gavin Bledsoe and Kristie Metler; and thirteen great-grandchildren. Services will be held at 10:00 AM, Saturday, January 31, 2015, in the Church of Jesus Christ of Latter Day Saints, Glenwood Branch with President Kimball Palmer officiating. Interment will be held in the Miramar National Cemetery in San Diego, California. Arrangements are under the direction of Davis-Smith Funeral Home, Glenwood. Guest registry is at www.davis-smith.com.

To order memorial trees or send flowers to the family in memory of Madge L. Bledsoe, please visit our flower store.