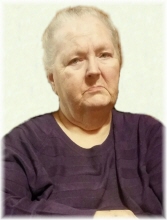 Marilyn Cooley, age 73, of Glenwood, passed away Sunday, May 3, 2015. She was born on May 30, 1941, in Pittsburg, Kansas, the daughter of Bacil Eugene Smith, Sr. and Mildred Alice Allen Smith. On May 19, 1958, she was married to the love of her life, David Cooley, and they had 53 wonderful years together before he preceded her in death on October 6, 2011. She was also preceded in death by her parents; one sister, Rowena McGrew; and two brothers-in-law, Vernon McGrew and Phil Phillips. She was a member of the Trinity Holiness Church, and had a tremendous faith and love for her church family. Her last church service to attend was Sunday, April 26th, where she was especially blessed while singing. She enjoyed gardening, working in her flower beds, and especially enjoyed sewing and making clothes for her girls and herself. She is survived by one son and daughter-in-law, David Charles and Jane Cooley of Richardson, Texas; two daughters and one son-in-law, Suzan Cooley and Karla and Gary Ledbetter, all of Glenwood; three grandchildren, Britain Ledbetter and his wife, Angela of Glenwood, Katy Cooley and Cole Cooley, both of Richardson, Texas; four brothers and two sisters-in-law, Bacil Smith of Glenwood, Raymond and Evelyn Smith and Bill Smith, all of Eunice, New Mexico and Delbert and Mary Smith of Marion, Ohio; three sisters and two brothers-in-law, Beverly Phillips of Pittsburg, Kansas, Bonnie and Gayle Phillips of Eunice, New Mexico and Janella and Brian Deere of Dallas, Texas; numerous nieces and nephews; and a host of wonderful friends. Services will be held at 2:00 PM, Thursday, May 7, 2015, in the Davis-Smith Funeral Home Chapel in Glenwood with Bro. Sammy Cottrell, Bro. Tommy McDaniel and Bro. Darrell Toliver officiating. Visitation will be held Wednesday evening, 6:00 PM until 8:00 PM. Interment will be in the Mount Tabor Cemetery under the direction of Davis-Smith Funeral Home, Glenwood. Pallbearers will be Tony Cottrell, Britain Ledbetter, Darrell Toliver, Brice Metcalf, Bill Smith and Bacil Smith. Honorary pallbearers will be the nurses and staff of the Critical Care Unit (ICU), CHI St. Vincent and the nurses and staff of Ouachita Hospice. Guest registry is at www.davis-smith.com.

To order memorial trees or send flowers to the family in memory of Marilyn Cooley, please visit our flower store.