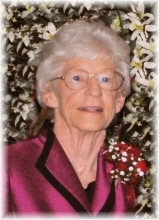 Mary Lou Killian, age 75, of Amity, died peacefully on Sunday, February 14, 2016. She was born on February 13, 1941 in Shawmut, Arkansas, the daughter of Nick Winford and Della Poarch Winford. She was preceded in death by her parents; four brothers, H. M. Taylor, Oscar Winford, Phillip Winford and Charlie Winford. On July 24, 1965, she was married to Douglas Killian. After raising her three children, Mary returned to college with her eldest daughter. They graduated together with degrees in education from Henderson State University in 1989. Mary worked for one year for the Glenwood School District and then was hired by the Kirby School District. She returned to school and earned her degree as a media specialist from the University of Central Arkansas. She retired from teaching in 2008. She was a 1959 graduate of Amity High School. She is survived by her husband of 50 years, Douglas Killian of Amity; three children and their spouses, Brooks and Brandie Killian of Glenwood, Paul Killian of Lowell, Indiana and Kriss and Missy White of Kirby; five grandchildren, Connor Killian, Mary Kate Killian, Colin Killian, Steven White and his girlfriend, Shawna Stovall and Maddie White; her great-granddaughter, Cloe White; her sister, Ollie Mae Pate of Glenwood; and several nieces and nephews. Graveside services will be held at 10:00 AM, Thursday, February 18, 2016, in the Coker Cemetery with Bro. John McAnally officiating. Visitation will be Wednesday, 6:00 PM until 8:00 PM, at the funeral home. Pallbearers will be Ryan Robinson, Billy Plyler, Kenneth Lyons, Bradley Manasco, Brandon Davidson and Steven White. Guest registry is at www.davis-smith.com.

To order memorial trees or send flowers to the family in memory of Mary Lou Killian, please visit our flower store.