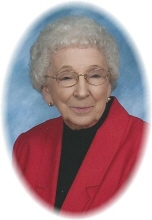 Muriel Irene Stroope, age 97, of Glenwood, died Monday, June 30, 2014. She was born on February 26, 1917 at Glenwood, the daughter of Oscar Hamilton and Zella Wisener Hamilton. On June 8, 1935, she was married to Earl Stroope who preceded her in death on August 8, 2004. She was also preceded in death by her son, John Earl Stroope. She was a member of Grace Baptist Church. She is survived by her daughter-in-law, Charlotte Stroope; three grandchildren, Deanna Kirchner, Michael Stroope and Scott Stroope; five great-grandchildren; and her nieces and nephews. Services will be held at 10:00 AM, Monday, July 7, 2014, in the Davis-Smith Funeral Home Chapel, Glenwood with Bro. James Owens officiating. Visitation will be Sunday, 6:00 PM until 8:00 PM. Interment will be in the Bethel Cemetery. Pallbearers will be Roy Rogers, Mark Small, Tom Wolf, Ray Connel, Gary Holmes and Johnny Jester. Guest registry is at www.davis-smith.com.

To order memorial trees or send flowers to the family in memory of Muriel Irene Stroope, please visit our flower store.