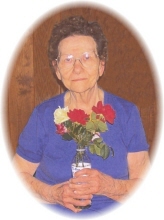 Nelda Lorene Barnes Massey, age 89, of Bonnerdale, passed away Thursday, August 7, 2014. She was born on July 10, 1925 in Viola, Missouri to James S. Barnes and Flora M. Berry Barnes, the fourth of eight children, seven girls and one boy. She attended School at Shell Knob, Missouri until April of 1937 when her parents moved to Gridley, California. She graduated in June 1944 from Gridley Union High School. She was married on December 21, 1944 to Loyd W. Massey, a Bonnerdale, Arkansas native, in the Church of the Revelation in Reno, Nevada. She, Loyd and their oldest son moved back to Bonnerdale in October of 1948 and set up residence. Later three more children joined the family, their daughter, Rhonda, and their twins, Myron and Murry. Loyd and Nelda had 64 years together before he passed away on March 1, 2005. She was preceded in death by her husband; her daughter, Rhonda Massey, on September 19, 2009; her parents; five sisters; and one brother. She is survived by three sons and two daughters-in-law, Bradley and Janice Massey and Myron and Janet Massey, all of Bonnerdale, and Murry Massey of St. Paul, Arkansas; six grandchildren and their spouses, Terry and Melinda Massey of Hot Springs, Paula and Randy Porter of Glenwood, Scottie Massey of Bonnerdale, Tammy and Kristopher Rose of Bonnerdale, Michael Massey of Amity and Shelley and Nicholas Melton of Danville; her brother-in-law and sister-in-law, Howard and Mary Alice Massey of Amity; nine great-grandchildren; five step-great-great-grandchildren; two sisters, Velva Massey and Wanda Keen, both of California; and several nieces and nephews. Services will be held at 2:00 PM, Monday, August 11, 2014, in the Dillard Homestead Cemetery Pavilion with Dr. John Small officiating with interment immediately following. Arrangements are under the direction of Davis-Smith Funeral Home, Glenwood. Pallbearers will be Terry Massey, Randy Porter, Scottie Massey, Michael Massey, Kristopher Rose, Nicolas Melton, Billy Kibbey and Clinton Triplett. Honorary pallbearers will be her nephews, nieces and friends. Memorials may be made to Dillard Homestead Cemetery, % Myron Massey, 361 Sugar Loaf Valley Road, Bonnerdale, Arkansas 71933. Guest registry is at www.davis-smith.com.

To order memorial trees or send flowers to the family in memory of Nelda Lorene Barnes Massey, please visit our flower store.