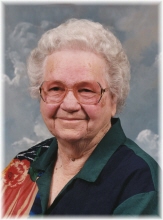 Nellie "Edith" Spencer, age 92, of Amity, passed away on Friday, December 4, 2015. She was born on March 8, 1923, in Prescott, the daughter of Harry Tracy Newton and Lena Octavia Kimbrough Newton. She was preceded in death by her husband, Johnie Spencer; her daughter, Shirley Anderson; her parents; seven brothers; and two sisters. She enjoyed quilting, watching her hummingbirds, was an immaculate housekeeper and had an amazing green thumb, always being able to grow the most beautiful flowers. Her greatest joy in life was cooking for her family and spending time with them, especially her grandchildren, great-grandchildren and great-great-grandchildren. She is survived by four sons and daughters-in-law, James and April Wilder of Amity, Glen and Elaine Wilder of Amity, Jack and Sondra Spencer of Clovis, New Mexico and Steve and Donna Spencer of Oklahoma City, Oklahoma; sixteen grandchildren; numerous great-grandchildren and great-great-grandchildren; her brother, Boyce Newton of California; several nieces, nephews and extended family members; and a host of wonderful friends. Graveside services will be held at 2:00 PM, Monday, December 7, 2015, in the Pleasant Hill Cemetery, near Prescott, with Bro. Jack Spencer officiating. Visitation will be held Sunday evening, 6:00 PM until 8:00 PM, at the funeral home. Honorary pallbearers will be the nurses and staff of Glenwood Health and Rehabilitation, and Janeice Caldwell. Arrangements are under the direction of Davis-Smith Funeral Home, Glenwood. Guest registry is at www.davis-smith.com.

To order memorial trees or send flowers to the family in memory of Nellie "Edith" Spencer, please visit our flower store.