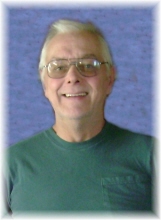 Norman "Coop" Burmaster, age 61, of Dardanelle, died Friday, December 19, 2014. He was born on September 6, 1953 in Detroit, Michigan, the son of Norman Wade Burmaster and Lillie Movline Lightfoot Burmaster. He was preceded in death by two children, Kitty Rollins and Kimberly Ward; his parents; his brother, Rex Burmaster; and his sister, Patsy Walker. A United States Marine Corp veteran, he served in Vietnam. He was a paramedic for the Detroit Fire Department for 15 years serving in the Fire/Rescue Unit. He is survived by his wife Karen Burmaster of Dardanelle; two children, Jaime Allen of Dardanelle and Jimmy Leon Ward of Bakersfield, California; and three grandchildren, Ashley Ward, Jacob Ward and Alex Allen. Services will be held at 10:00 AM, Monday, December 22, 2014, in the Davis-Smith Funeral Home Chapel, Glenwood, with Bro. Tony Hill officiating. Visitation will be Sunday, 2:00 PM until 4:00 PM. Interment will be in Friendship Cemetery at Amity. Pallbearers will be Troy Hamner, Jimmy Hamner, Greg Hamner, Jerry Hamner, Kelly Hodges and Jacob Ward. Honorary pallbearer will be Gary Hamner. Guest registry is at www.davis-smith.com.

To order memorial trees or send flowers to the family in memory of Norman "Coop" Burmaster, please visit our flower store.