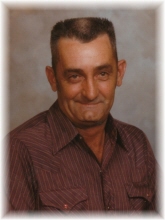 Orville O. Hill, age 78, of Newhope, passed away Sunday, May 10, 2015. He was born on April 5, 1937 in the Old Liberty community near Dierks, the son of Binem Odell Hill and Mazie Kennedy Hill. He was preceded in death by his parents; his brother, Bobby Joe Hill; and his sister, Betty Jean Stone. On July 2, 1979, he married Charlene Blackmon. Orville was a Baptist in his faith and worked as a dozer operator in construction work. He enjoyed the outdoors, mowing his yard and visiting with people. He is survived by his wife, Charlene Hill of Newhope; two sons and one daughter-in-law, Brian and Kaye Hill of Glenwood and Jason Hill of DeQueen; five daughters and three sons-in-law, Mary and Glenn Reed of Dierks, Jessie and Mike Fox of Dierks, Debbie Reid of Glenwood, Tina Krantz of Nashville and Beth and Frank Nichols of Nashville; twelve grandchildren; sixteen great-grandchildren; one brother and sister-in-law, Truman and Loretta Hill of Newhope; two sisters and one brother-in-law, Rosemary and Harold Stone of Bismarck and Patricia Pinkerton of Nashville; one step-daughter and her husband, Sherry Lynn and Jim Crouse of Hot Springs Village; one step-son and his wife, Shannon and Loree Jeffers of Garrison, North Dakota; several nieces, nephews and a host of friends. Services will be held at 10:00 AM, Wednesday, May 13, 2015 in the Davis-Smith Funeral Home Chapel, Glenwood, with Bro. Raymond Dees and Bro. Brian Hill officiating. Visitation will be at 9:00 AM until service time at the chapel. Interment will be in the Harmony Cemetery near Newhope. Guest registry is at www.davis-smith.com.

To order memorial trees or send flowers to the family in memory of Orville O. Hill, please visit our flower store.