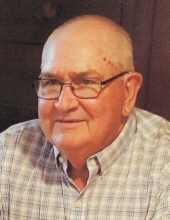 He was born on February 27, 1952, the fourth son of Paul Smith and Fern Harvey Smith at the family home near Amity, in Clark County. Here began his life as a “country boy” where he grew, learning many life skills and a strong independent spirit. On July 17, 1970, he married his high school sweetheart, Betty Carlson Smith. He was her faithful and loving husband for 51 years, and she will greatly miss her lifetime companion and best friend. He was preceded in death by his parents; and his three brothers, Travis Smith of Amity, Hal Smith of Pine Bluff and Dr. Alan Smith of Palestine, Texas.

Before retiring, after 30 years with the United States Postal Service, Randall resided in Louisiana for 29 years, then moved back to Arkansas to his family home, or as he would say, “where it all began” and “back to God’s country”. He had many hobbies and interests, including gardening, fishing and camping with family and friends. He enjoyed working with his hands and loved the challenge of “fixing things” and would never give up until the repair was done.

Randall was a member of Glenwood First Baptist Church. In his service to his Lord and Savior, whenever he saw a need or a way to help, he did his best to step up and serve. He will be greatly missed by his family, friends and all who knew and loved him.

Graveside services will be held at 10:00 AM, Thursday, August 19, 2021, in the Mount Tabor Cemetery with Bro. Joe Ray Short and Bro. Kevin Paul officiating.

To order memorial trees or send flowers to the family in memory of Randall Smith, please visit our flower store.