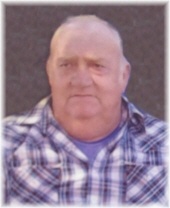 Ray Barrett, age 75, of Amity, died Saturday, April 11, 2015. He was born on February 24, 1940 at Kirby, the son of Jake Barrett and Viola Garner Barrett. On September 24, 1956, he was married to Linda Knefelkamp. He was preceded in death by his parents; his son, Rickey Barrett; his daughter, Joann Barrett; his great-granddaughter, Kristi Dixson; two brothers, Tom Barrett and Dee Barrett; and three sisters, Lewvinie Stewart, Irene Wilder and Lois Cox. He was a retired logger and truck driver. He enjoyed spending time with his family, especially his grandchildren. He is survived by his wife, Linda Barrett of Amity; six children and their spouses, Brenda Love of Black Springs, Melba and Kenneth Lamb of Oden, Peggy and Rickey Lee of Alpine, Carl and Robin Barrett of Glenwood, D'Nelle and Roger Prince of Amity and Debbie Huffman of Delight; twenty-seven grandchildren; fifty-three great-grandchildren; three great-great-grandchildren; two brothers, Bug Barrett and his wife, Dora, of Amity and Loy Jay Barrett of Newhope; four sisters, Faye Norris of Glenwood, Toppie Harvey of Oregon, Ruby Porter of Hot Springs and Sue Francis of Nashville; and several nieces and nephews. Memorial services will be announced at a later date. Arrangements were under the direction of Davis-Smith Funeral Home, Glenwood. Guest registry is at www.davis-smith.com.

To order memorial trees or send flowers to the family in memory of Ray Barrett, please visit our flower store.

memorial services will be announced at later date