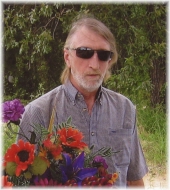 Rick "Captain" Morris, age 59, of Nashville, died Friday, February 14, 2014. He was born on June 4, 1954 at Nashville. He was preceded in death by his wife, Cindy Hogg Morris; and his brother, Dave Christensen. He was a satellite TV installer. He is survived by his mother, Eunice Jackson; and his brother, Eric Christensen, both of Newhope. Graveside services will be held at 2:00 PM, Monday, February 17, 2014, in the Pleasant Grove Cemetery near Newhope with Bro. Raymond Dees officiating. Arrangements are under the direction of Davis-Smith Funeral Home, Glenwood. Pallbearers will be Allen Irvin, Terry Fant, Keith Tedder, Roger Flemens, Hubert Wagner and Jim Brewer. Guest registry is at www.davis-smith.com.

To order memorial trees or send flowers to the family in memory of Rick "Captain" Morris, please visit our flower store.