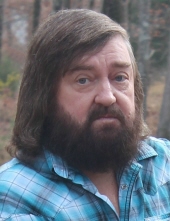 He was born on November 5, 1958, in Nashville, Arkansas, the son of Clyde Finney and Mary Flaherty Finney. He was preceded in death by his parents; brother, Clyde A. Finney; and son, Ryan Michael Finney.

Rickey was a Christian in his faith and graduated from Mountain Pine High School. He worked for Weyerhaeuser, in Mountain Pine, for 27½ years and then went to work for over 5 years at Triumph Fabrications in Hot Springs. Rickey loved hunting, fishing, going to car races and fixing anything mechanical. He enjoyed being with family but especially his grandchildren.

Services will be announced at a later date by Davis-Smith Funeral Home, Hot Springs.

To order memorial trees or send flowers to the family in memory of Rickey Michael Finney, please visit our flower store.