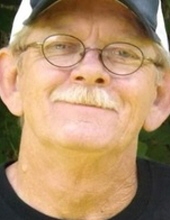 Ricky Alton Robbins Sr., 71, of Prescott, Arkansas entered into everlasting peace on July 10, 2021, at home surrounded by his children and family. He was born October 7, 1949, in Hot Springs, Arkansas, the son of Rev. Connie Robbins and Mary Braughton Robbins. He was preceded in death by his parents; brother Ausy Dale Robbins and sisters LaVern Robbins and Janice Deisen.

Ricky was raised in a loving Methodist home and proudly kept his faith throughout his life and was glad to spread God’s word to all he could along the way. He was a member of Fairview Methodist Church in Prescott. He was a wonderful, devoted family man and loving father to his four children, who no doubt made his life interesting, and helped him age a little more quickly. He was a no fuss simple man who loved to be outdoors, working on his property, and helping others with theirs as well. He was a “Jack of all trades” and could do just about anything, from his work as a truck driver, cabinet builder at Klipsch, builder of wooden furniture; he retired from maintenance at OBU in 2009. He was a proud member and firefighter for the Fair Hills Volunteer Fire Dept. for 18 years and served in the United States Army with the 101st Airborne Artillery Division during the Vietnam War.

Survivors include his brother and sister-in-law, Jerry and Ricci Robbins of Benton; his sister, Sandra Williams of Benton; his children Ricky Robbins Jr. of Texarkana, Buffie and Michael Bell of Hot Springs, Brandy Neal of Hot Springs, and Joshua and Casey Robbins of Prescott; his grandchildren, Wesley, Sydney, Lauren, Chloe, Piper, Zakary, Breanna, Harley, Jaxon, Connor, and Dylan; his great- grandchildren, Carter, Jordyn, Julian and Mason; his life-long friend and mother of his children, Bernie York-Penny of Clarksville, Texas; and numerous nieces, nephews, cousins and friends.

A special thanks to Dr. Danielle Tippit with Central Arkansas Veterans Services.

To order memorial trees or send flowers to the family in memory of Ricky Alton Robbins, please visit our flower store.