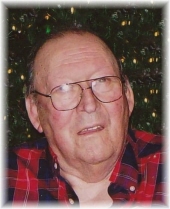 Robert "Ray" Dowdy, age 75, of Fancy Hill, died Sunday, July 7, 2013. He was born on December 23, 1937 at Blackwell, Oklahoma, the son of Banks A. Dowdy and Veda Erma Bryant Dowdy. He was preceded in death by his parents; his son, Kevin Dowdy; and his brother, Banks Dowdy. He was a United States Navy veteran, retired barber and member of the Faith Valley Missionary Baptist Church. He is survived by his wife of 42 years, Imogene Dowdy of Fancy Hill; four children and their spouses, Robin and Allen Kirkpatrick of Texarkana, Texas, Tony and Donna Dowdy of Hope, Greg Dowdy of Fancy Hill and Trent and Carolyn Dowdy of Chireno, Texas; seven grandchildren; one great-grandson; four brothers, John Dowdy of Nashville, Tom Dowdy of Athens, Bill Dowdy of Emmett and James Dowdy of Glenwood; three sisters, Edna Little of Athens, Louise Lott of Battiest, Oklahoma and Ruby Henderson of Mineral Springs; and several nieces and nephews. Services will be held at 10:00 AM, Wednesday, July 10, 2013 in the Davis-Smith Funeral Home Chapel, Glenwood, with Bro. Walter Graham officiating. Visitation will be Tuesday, 6:00 PM until 8:00 PM. Interment will be in the Fancy Hill Cemetery. Pallbearers will be Banks Ray Dowdy, Adam Henderson, Jimmy Little, Marlon Parrish, Mark Dowdy and Stacy Dowdy. Guest registry is at www.davis-smith.com.

To order memorial trees or send flowers to the family in memory of Robert "Ray" Dowdy, please visit our flower store.