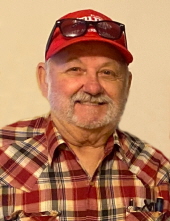 He always loved to work and for many years was a self-employed contractor in the oil fields. He enjoyed going on long drives, taking care of his pets, drinking his coffee, and visiting with his friends, especially his life-long best friend, Gary Pedersen.

Roy was a wonderful husband, father, grandfather, great-grandfather, brother and friend, whose greatest joy in life was spending time with his family, especially his grandchildren, whom he adored. He will truly be missed by all who knew and loved him.

He is survived by his loving wife of 42 years, Beverly York of Glenwood; two sons and daughters-in-law, Jackson and Trish York of Glenwood and Richard and Angie York of Norman; one daughter and son-in-law, Gloria and Jon Montgomery of Garden Grove, California; nine grandchildren and their spouses, Brittney York, Shaun and Kikkie York, Zachary and Amelia York, Jeremy and Morgan York, Hannah York, Josie and Kevin Harrington, Grace Montgomery, Callie Montgomery and Emily Montgomery; seven great-grandchildren, Eli, Noah, Tatum, Scarlette, Samuel, Landon and Madeline; one sister and brother-in-law, Brenda and Bill Buckalew of Hot Springs; his brother-in-law and sister-in-law, John and Cindy Walters of Hot Springs; his sister-in-law and brother-in-law, Barbara and Matthew Landry of Houston, Texas; and numerous nieces, nephews, extended family members and a host of wonderful friends.

Visitation will be held Friday, July 3, 2020, from 5:00 PM until 7:00 PM, in the Davis-Smith Funeral Home Chapel, Glenwood. Social distancing directives will be in place with no more than 50 persons at any one time in the funeral home chapel, avoidance of physical contact and all attendees 10 years of age or older must be wearing a face covering to enter.

To order memorial trees or send flowers to the family in memory of Roy C. York, please visit our flower store.