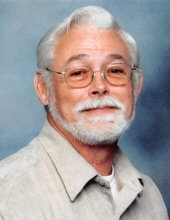 He was born on May 21, 1946, in Pine Bluff, the son of Aubrey Chance and Lola Bugle Chance. He was preceded in death by his parents.

Lamar attended City Life Church of Hot Springs. He worked for Ryder for a few years and later retired from BNSF Railway. After retiring. He had a huge passion for woodworking, John Wayne movies and reading, especially God’s word. Lamar loved his family dearly and he will be missed by all that knew him.

A celebration of Lamar’s life will be held at a later date.

The family would like to thank Arkansas Hospice of Hot Springs, Dr. Amy Falck, his mother-in-law, Mary Hulsey and his brother-in-law, Jerry Miller.

To order memorial trees or send flowers to the family in memory of Roy Lamar Chance, please visit our flower store.