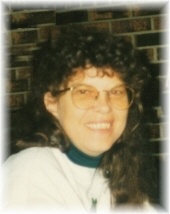 Sherry Elaine Garner, age 59, of Amity, died Saturday, April 4, 2015. She was born on November 5, 1955, in Amity, the daughter of George Varner and Ella Olean Guin Varner. On November 8, 1972, she was married to the love of her life, Don Garner. She was preceded in death by her parents; one brother, David Varner; three sisters, Patricia Rodgers, Beverly Killian and Kay Long. She enjoyed cross-stitching and surfing the web. Her greatest joy in life was spending time with her family and friends who she loved dearly, especially her grandson, Dexter. She is survived by her husband, Don Garner of Amity; one son, David Brian Garner of Amity; her grandson, Dexter Jordan Garner; one brother and sister-in-law, Joey and Dorlisa Varner of Alpine; numerous nieces and nephews; and a host of wonderful friends. Services will be held at 2:00 PM, Wednesday, April 8, 2015, in the Davis-Smith Funeral Home Chapel in Glenwood with Bro. David Walker officiating. Visitation will be held Tuesday, 6:00 PM until 8:00 PM. Interment will be in the Coker Cemetery. Pallbearers will be Josh Killian, Patrick Redleaf, Robby Redleaf, John Varner, Marty Varner and Jonathan Long. Honorary pallbearers will be Tommy Bean and Gary Bean, II. Guest registry is at www.davis-smith.com.

To order memorial trees or send flowers to the family in memory of Sherry Elaine Garner, please visit our flower store.