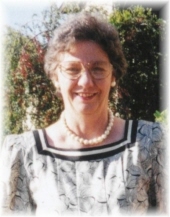 Shirley Ann Dixon, age 78, of Glenwood, died Tuesday, June 23, 2015. She was born on July 7, 1936, in Hot Springs, the daughter of John Frank Kelton and Helen Marie McClard Kelton. On October 15, 1987, she was preceded in death by her husband, James E. Dixon, Sr. In 1999, she retired from Regions Bank. She was Baptist in her faith. She is survived by her son and daughter-in-law, James "Scooter" and Gina Dixon of Glenwood; four grandchildren and their spouses, Jamie and Ben Caple, Courtney and Preston Hicks, Justin and Sammy Fox and Heather and Andy Vaughn; six great-grandchildren; and her brother and sister-in-law, Dr. Ken and Emily Kelton of St. Louis, Missouri. Graveside services will be held at 10:00 AM, Friday, June 26, 2015, in the Oak Bower Cemetery in Bismarck. Pallbearers will be Franklin Kelton, James Kelton, James Avant, Scott Avant, Chris Dixon and Caleb Hicks. Arrangements are under the direction of Davis-Smith Funeral Home, Glenwood. Guest registry is at www.davis-smith.com.

To order memorial trees or send flowers to the family in memory of Shirley Ann Dixon, please visit our flower store.