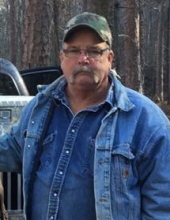 Sidney Green, age 67, of Caddo Gap, passed away on Saturday, January 11, 2020. He was born on March 22, 1952 in Norman, the son of Finis Smith Green and Mildred Stanley Green. On March 26, 1994, he was married to Bobbi Davis. He was preceded in death by his infant twins, Jamey and Amy Green; his parents; and his brother, Mark Green. A retired logger, he loved horses and chuck wagon races. He also enjoyed watching sports and was a big Razorback fan. He is survived by his wife Bobbi Green of Caddo Gap; three children, Regina Green, Mark Green and his wife, Jennifer, all of Amity and Jade Green of Jessieville and her fianc, Johnny Ford; three grandchildren, Tad Green, Owen Green and Tristen Halcombe; his brother and sister-in-law, Stanley and Carolyn Green; his sister and brother-in-law, Janice and Bobby West, all of Caddo Gap; and his nieces and nephews. Services will be held at 3:00 PM, Wednesday, January 15, 2020, in the Davis-Smith Funeral Home Chapel, Glenwood, with Bro. James "Cub" Black officiating. Visitation will be Tuesday, 5:00 PM until 7:00 PM, at the funeral home. Interment will be in Mount Gilead Cemetery. Guest registry is at www.davis-smith.com.

To order memorial trees or send flowers to the family in memory of Sidney Green, please visit our flower store.