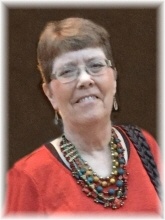 Sue Anderson, age 58, of Mount Ida, passed away on Tuesday, December 15, 2015. She was born on September 16, 1957, at Gurdon, the daughter of George Forthman and Janell Stone Forthman. On January 25, 2001, she was married to Lloyd Anderson. She was preceded in death by her parents; and her niece, Candi Forthman Mayberry. She was the retired owner/operator of Quik Sak convenience store in Mount Ida and a member of the Little Hope Baptist Church. She enjoyed crafting, making floral arrangements and wreaths. She is survived by her husband, Lloyd Anderson; her brother and sister-in-law, Marvin and Teena Forthman; two step-children, Shanda Powell and her husband, Eric, and Kalyn Michelle Clark; four grandchildren, Sarah Clark, Jacob Clark, Ayvah Powell and Adalyn Powell; her great-nephew, Dawson Mayberry, all of Mount Ida; and a host of other family and friends. Graveside services will be held at 2:00 PM, Friday, December 18, 2015, in the Owley Cemetery with Bro. Andy Kennedy officiating. Arrangements are under the direction of Davis-Smith Funeral Home, Glenwood. Pallbearers will be Josh Starr, Kevin Spurling, Shawn Spurling, Jeff Blansett, Tom Hamner and Charlie Williams. Honorary pallbearers will be Russell Mabry, Bennie Smith, Billy Barton, Vernon Ryan, Donnie Summit, Heath McConnell, Jeff Black and members of the WCSC Bible Study group. Guest registry is at www.davis-smith.com.

To order memorial trees or send flowers to the family in memory of Sue Anderson, please visit our flower store.