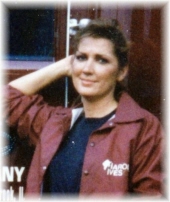 Terry Bennett O'Neal, age 53, of Newhope, died Monday, February 4, 2013. She was born on February 8, 1959, at Nashville, the daughter of Charles Bennett and Joyce Kesterson Bennett Ferguson. She was preceded in death by her father. She was a former truck dispatcher for Cal-Ark Trucking and Hot Shot and was a member of the Daisy Free Will Baptist Church. She is survived by two sons, Ryan O'Neal and Shawn O'Neal, both of Newhope; her mother and stepfather, Joyce and Horace Ferguson of Newhope; two brothers, Elvis Bennett of Langley and David Bennett of Newhope; one sister, Patti Morris of Dierks; and several nieces and nephews. Services will be held at 2:00 PM, Thursday, February 7, 2013, in the Daisy Free Will Baptist Church with Bro. Kevin Jewell officiating. Visitation will be held Wednesday, 6:00 PM until 8:00 PM, at the funeral home. Interment will be in the Liberty Cemetery in Newhope under the direction of Davis-Smith Funeral Home, Glenwood. Pallbearers will be Jamie Cook, Heath Bennett, Eric Bennett, Jonathan Bennett, Willie Greenwood and Jordan Watson. Guest registry is at www.davis-smith.com.

To order memorial trees or send flowers to the family in memory of Terry Bennett O'Neal, please visit our flower store.