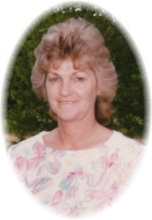 Thelma Tackett Raines, age 73, of Oden, our beloved Mother, passed away on Thursday, July 5, 2012. She was born on the 28th of April, 1939, in Oak Ridge, Louisiana, to the late Bun and Gladys Collins. She dedicated her life to her family and a long career as a nurse. She worked many years at the Montgomery County Nursing Home. She was preceded in death by her parents; two sons, Bobby Don Tackett and Brian "Bubba" Tackett; her brother, John Collins; her sister, Christine Artis; and the father of her children, Kenneth Tackett. She is survived by five sons, Tom Spurling of Olathe, Kansas, Kenneth Tackett of Pencil Bluff, Tony Tackett of Story, Cecil Tackett of Table Rock, Nebraska and Lovell Tackett of Manor, Texas; her daughter, Cheyenne Broome of Hot Springs; her brother, Tom Collins of Oden; her sister, Lorene Short of Benton; nineteen grandchildren; twenty great-grandchildren; a host of nieces and nephews; and many dear friends. Services will be held at 9:00 AM, Saturday, July 7, 2012, in the Mount Olive Missionary Baptist Church. Visitation will be Friday, 5:00 PM until 7:00 PM, at the funeral home. Interment will be in the Mount Olive Cemetery under the direction of Davis-Smith Funeral Home, Glenwood. Pallbearers will be David Allen, Josh Hood, Fred Broome, Mark Collins, Chris Wheeler and Shawn Wheeler. Honorary pallbearers will be the staff and residents of the Montgomery County Assisted Living. Guest registry is at www.davis-smith.com.

To order memorial trees or send flowers to the family in memory of Thelma Tackett Raines, please visit our flower store.