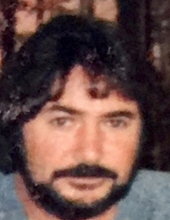 Thomas Earl Norton was a long-time resident of Arkansas, but he has travelled to and lived in many beautiful states. He was the son of the late James Henry Norton and Delores Graves Norton.

Tommy was proud to serve in the United States Navy and after an honorable discharge he went to school for cosmetology and earned his license as a cosmetologist. Professionally, he owned and operated several salons in different states; and he loved being a hair stylist. He was a weightlifting stylist who built his body while adding body to sophisticated 70’s hairdos. Considered a favorite hairstylist of many, he was always on the cutting edge of the upcoming styles and creating his own as well. He later used his strengths to work in construction. Tommy had a great sense of humor, he loved to laugh and enjoyed singing.

His hobbies included: weightlifting, body building, competitions, health and wellness, and he lived an active lifestyle. He won the weightlifting competition in Connecticut and was named Mr. Waterbury.

He is survived by his two sisters, Henrietta (Henny) Collins of Little Rock, Arkansas, and his sister Brenda Kaye Bricker of Tennessee.

Predeceased by his siblings:

He leaves behind numerous nieces, nephews, and cousins whom he loved dearly.

Graveside services will be held Tuesday, March 16, 2021 at 2:00 PM in the Monk Cemetery, Ward, with Chaplain John Goodman officiating.

To order memorial trees or send flowers to the family in memory of Thomas Earl Norton, please visit our flower store.