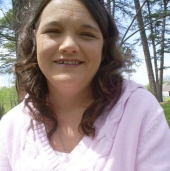 Tina Louise Cooper Hart, age 39, of Hot Springs, passed away on Tuesday, January 14, 2020. She was born on July 8, 1980, in Mena, the daughter of James E. Cooper and Cynthia Davis Cooper Williams. She was preceded in death by her mother; her paternal grandparents, Willie S. "Bill" and Bulah Cooper; and her maternal grandparents, Robert and Evelyn Davis. She was a Christian in her faith. Tina enjoyed spending time outdoors, including floating the river, hiking in the mountains and taking pictures. Her greatest love in life was her children, whom she adored. She is survived by her father, James Cooper of Texarkana; her children, Kaylen Tippy and her husband, Toney, of Plainview, Michael Cook and his fiance, Tabi, of Russellville, Samuel Hart of Glenwood and Alyia Cogburn of Glenwood; her grandson, Hunter Reed of Lonoke; her siblings and their spouses, Robert and Crystal Turner of Glenwood; Ginger Martin and Chuck Simington, both of Russellville and Hillary and Chris Willbanks of Texarkana; and numerous nieces, nephews, cousins, extended family members and friends. Graveside services will be held at 2:00 PM, Monday, January 20, 2020, in the Holly Springs Cemetery in Genoa with John Herring officiating. Visitation will be held Monday, 1:00 PM until 2:00 PM, prior to the services, at the cemetery. Arrangements are under the direction of Davis-Smith Funeral Home, Glenwood. Guest registry is at www.davis-smith.com.

To order memorial trees or send flowers to the family in memory of Tina Louise Cooper Hart, please visit our flower store.