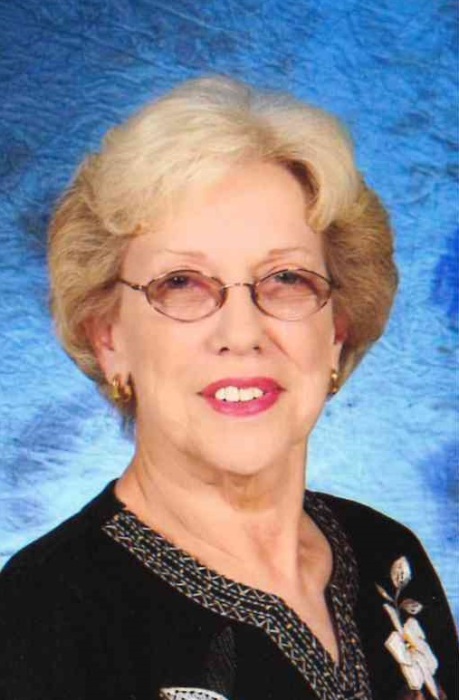 Wanda Gwendelon Hunsucker Woods passed peacefully at the age of 80 years old on January 13, 2022.  She was born April 1, 1941 in Cotton Plant, Arkansas to Charles and Jettie (Rich) Hunsucker.  Wanda attended Cotton Plant School for twelve years graduating in 1959.  She was a devoted wife, mother to Tammie and Charles, and Nana to Garrett, Jettie and Leann.

During Wanda’s school years she learned to play the piano and took part in many recitals and sang in a Sextet.  This group was extremely popular and sang in several cities surrounding Cotton Plant.  While in their senior year this Sextet cut a record of the well-known song, “Tumbling Tumble Weed”.  They even continued to be in demand for several years after graduating high school.  She also played junior and senior basketball earning the distinction of “All County and All District Player”.

Wanda married Stanley Richard Woods on November 27, 1959.  While Stanley honored his US Army military commitment, she worked as secretary for JC Toof and Company in Memphis, TN until 1961.  She was a secretary for Texas Eastern Gas Company and opened a second office for them in Searcy, AR.  Wanda also worked for McCrory and Cotton Plant School Districts. She was Elementary secretary for Beebe Public Schools for over 20 years until a disability forced her to retire in 1999.

Wanda was a lifelong member of the Methodist Church.

She was preceded in death by her parents; brother, Charles Hunsucker; sister, Margie Hunsucker.

The family would like to extend a sincere thanks to the Beebe Retirement Center for taking such great care of Wanda for the last four years.

Visitation will be from 2:00-4:00 pm, Sunday, January 16 at the Smith Westbrook Funeral Home in Beebe.  A graveside service will be held at 1:00 pm Monday, January 17 at the Cotton Plant Cemetery.

To order memorial trees or send flowers to the family in memory of Wanda Woods, please visit our flower store.
Send a Sympathy Card