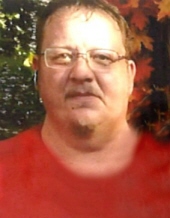 Waylon Dowdy, age 49, of Glenwood, passed away on Monday, April 6, 2020. He was born on February 17, 1971, in Mena, the son of James Jefferson Dowdy and Connie Mae Miller Dowdy. On October 26, 2012, he was married to Christiana Buzzard. He was extremely creative, with a special talent in making things with his hands. He especially loved to make and share his homemade knives, that will now be cherished by his family and friends. He enjoyed fishing and drawing, but his greatest joy in life was spending time with his family and friends. Waylon dearly loved his family and watching his grandchildren and great-nieces and great-nephews play. He will be fondly remembered for his funny sense of humor, always kidding and joking around with everyone. He is survived by his loving wife, Christiana "Tina" Dowdy; his parents, James and Connie Dowdy; one son, Justin Dowdy; three stepchildren, Steven Votra, Melissa Cates and Brianna Jordan and her fiance, Spencer Green; seven grandchildren, Harley and Haley Votra, Madison and Jaden Cates, Nova Green, and Taylor and Justin Reagan; one brother and sister-in-law, Marty and Annette Dowdy; one sister and brother-in-law, Carla and Jeff Hemund; and numerous nieces, nephews, extended family members and a host of wonderful friends. A memorial service will be held by the family and will be announced at a later date. Honorary pallbearers will be Jeff Hemund, Brady Hemund, Bob Huggins, Randy Tyree, David Graves and Matt Ledbetter. Arrangements were under the direction of Davis-Smith Funeral Home and Crematory, Glenwood. Guest registry is at www.davis-smith.com.

To order memorial trees or send flowers to the family in memory of Waylon Dowdy, please visit our flower store.