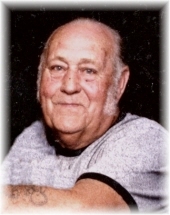 William C. Gregory, Sr., age 74, of Glenwood, passed away, Tuesday, September 29, 2015. He was born on July 15, 1941, in Fort Smith, the son of Bennie William Gregory and Climmy Louise Bennett Gregory. On July 2, 2008, he was married to the one true love of his life, Gerry Treadway, who preceded him in death on January 4, 2010. He was also preceded in death by his parents; and one son, Brian Keith Gregory. For many years prior to retirement, he and his wife owned and operated a long/short haul trucking business. He was a Christian in his faith; was an avid hunter and fisherman; enjoyed collecting guns, fishing poles, antiques, and all kind of trinkets that he would share with his grandchildren; and was a gifted storyteller. He was a loving husband, father and grandfather, whose greatest joy in life was spending time with his family, especially his precious grandchildren, which he cherished with all his heart. He is survived by his children, Stanley Gregory of Glenwood, Sherene Gregory of Washington State, William C. Gregory, Jr. of Oklahoma, Helen Ross, and her husband, Ronnie, Sr., of Bonnerdale and Kevin Gregory, Sr., and his wife, Crystal, of Powderly, Texas; fifteen grandchildren, Torie, Austin, Tiffany, William, III, Destiny, Justin, Ronnie, Jr., Ethen, Heavenly, Steven, Candice, Jacob, Jimmy, Brittney and Kevin, Jr.; two great-grandchildren; one sister and brother-in-law, Letta and George Redford of Redding, California; and several nieces, nephews, extended family members and a host of wonderful friends. Memorial services will be held at 2:00 PM, Friday, October 2, 2015, in the Davis-Smith Funeral Home Chapel in Glenwood with Bro. Bobby Lock officiating. Visitation will be held Friday, 1:00 PM until 2:00 PM, prior to the services. Guest registry is at www.davis-smith.com.

To order memorial trees or send flowers to the family in memory of William C. Gregory, Sr., please visit our flower store.