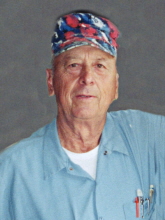 William Paul Roberts of Mt. Ida, AR died on January 6, 2020 at his home surrounded by family. Paul was 93 years old when he died. Having lived a full and honorable life, he was ready to move on to his heavenly home. Paul was born near Caddo Gap, AR on April 17, 1926, to Noah Lafayette Roberts and Maude Lucinda (Martin) Roberts. He was the youngest of three children. Brother, Benny Roberts, and sister, Martha Chloe Roberts Short, both preceded him in death. Pauls family moved to Mt. Ida when he was 8 years old, and that is where he lived for the majority of his adult life. When he was 17 years old, Paul volunteered for the Navy. He served in the Pacific Region during WWII as a gunner on an ocean going tug. After he was honorably discharged in the spring of 1946, Paul went to Nashville, Tennessee and used his G.I. Bill to attend mechanic school. Returning home in the fall of 1946, he reenrolled in Mt. Ida High School, where he graduated and received his high school diploma. Paul married Rosalie (Graham) Roberts on January 2, 1949. He always said, Rosalie was the best partner and wife that any man could ever have. They had four daughters. He was a good father, and even though he worked long hours to support his young family, he still found time to take his daughters horseback riding and on Sunday car trips exploring the countryside. He and Rosalie enjoyed 70 years of marriage. When she died in May of 2019, Paul lost his cherished partner and lifelong friend. Paul went into business in Mt. Ida in 1952, and for 63 years he was a successful small business operator. First in the Mt. Ida Gulf Station and then owning and operating Roberts Garage. Paul was a master mechanic and enjoyed diagnosing and repairing any problem on cars and heavy equipment. He often machine fabricated specialty tools and parts to complete complicated work on heavy equipment. He operated a tow truck for years and enjoyed telling stories of the many cars and big rigs he pulled out of ditches or off the side of ravines. Paul worked until he was 85 years old and missed that work every day for the rest of his life. He was a hard worker and had great respect for others who worked hard. Through the years, Paul had numerous wonderful employees at Roberts Garage. He considered them lifelong friends and thought of longtime employee, Joe Partain, as a son and enjoyed the many years they worked together. After their family was raised, Paul and Rosalie made friends and memories while touring the country on their Honda Gold Wing. Paul was a skilled teller of oral history and had a fantastic memory for details, names, places and events. His children and grandchildren enjoyed hearing him tell about past events in a way that made them come alive to the listener. Paul will be missed by his family and all those fortunate enough to know him. He was a good, honest, loyal and hardworking man who loved and cared for his family and friends. Paul is survived by his four daughters and their husbands: Kaye (John) Larsen of Watersmeet, MI, Jeanne (Bruce) Short of Nashville, AR, Janice (Doug) Miller of Pearcy, AR, Paula (Bill) Cole of Lake Quivira, KS; nine grandchildren and their spouses: Katie Larsen, John (Andrea) Larsen, Karrie (John) Jamison, Molly (Lance) Lindow, Callie (Drew) Mills, Casey (Jimmy) Morris, Ben (Alesha) Miller, Zach (Carly) Burton and Alex Burton; twenty-four great-grandchildren: Noah, Raylee, Liam, Duncan, Olivia, Emily, Isabel, Isaac, Owen, Ainsley, Emmett, Gunnar, Rafe, Tanner, Grace Charity, Abigail, Samuel, Mose, Claira, Wyatt, Allie, Jacey, Josie and Reed; beloved nephews and nieces and sister-in-law, Marguerite McCaslin. Services will be held at 2:00 PM, Saturday, January 11, 2020, in the Mount Ida First Baptist Church with Larry Carr officiating. Interment will be in the Mount Ida Cemetery under the direction of Davis-Smith Funeral Home, Glenwood. Pallbearers will be John Paul Larsen, Zach Burton, Alex Burton, Ben Miller, Gunnar Lindow and Isaac Jamison. In lieu of flowers, memorials may be made in Pauls memory to the Mount Ida First Baptist Church, 204 Luzerne Street, Mount Ida, Arkansas, 71957 or to Gideons International, P.O. Box 1087, Mount Ida, Arkansas, 71957. The family extends a special thank you to Pauls wonderful in-home caregivers, much treasured neighbor and friend, Rich Pantel and the nurses of Arkansas Hospice. Guest registry is at www.davis-smith.com.

To order memorial trees or send flowers to the family in memory of William Paul Roberts, please visit our flower store.