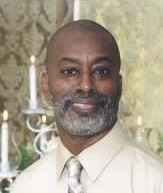 William Harrison Preston known as “Harry” was born on September 5, 1953, in Little Rock, Arkansas as the third of eight children to Otis and Ruth Preston.

In 1971, Harry enlisted in the United States Marine Corps and served until 1973. For his exceptional service he received the rifle marksman badge, national defense service medal, and the medal of good conduct. The discipline, strong-work ethic, leadership, and bravery he gained and exhibited while a Marine were fundamental to how he lived his life.

Harry loved reading and was self-taught on many subjects including health and wellbeing, Black History, and personal finance. He was known for saying, “Don’t wait for someone else to teach you who you are.” and “There’s nothing more important than learning - read a book!” He was one of Central Arkansas Library’s most committed and regular patrons, often visiting multiple times a month and checking out and reading large numbers of books. He read all of his favorite western books in the library branches closest to him and had to visit other branches to find new books to read.

Because of his wealth of knowledge, he was regarded by his community as a teacher, but he was also uniquely well-suited for his career as a skilled carpenter because it combined three of his favorite things: learning, craftiness and being outdoors. Even at home, one of tasks he enjoyed most was yard work – especially cutting grass and raking leaves – because he viewed home upkeep as a source of pride and an unkempt yard was his biggest pet peeve.

His proudest accomplishment was being the prototype for what would later be coined a “girl dad” to his five daughters Nakia, Mellonie, Seqoura, Britni and Sydney. Because of his love and adoration for children, Harry poured his heart and energy into being PawPaw and Pops, and served as a father figure and mentor to many. Kids were described as his “weakness” because any child in his presence for more than a few minutes figured out quickly that they could get their way when he was around.

Known to be playful with a great sense of humor and quick wit, Harry was infamous for telling “dad jokes” before the phrase became popular.  His most infamous dad jokes were asking parents of cute babies “whose ugly baby is that?”, calling and saying, “let me speak to somebody ugly”, and telling people that they had a “buckethead.” The latter was a joke he made so often that some of his great grandkids only knew him as “Buckethead”. In addition to cracking jokes, he loved taking long thoughtful walks (alone or with his children and grandchildren), exercising outdoors, and he was fascinated by watching and listening to storms. Harry also enjoyed sports of all kinds but was known for being an avid Yankees fan.

A friend introduced him to the love of his life, Olivia, and they were married on May 30, 2001. After 20 years of marriage and a total of 45 years knowing one another, she still described him as devoted, loving, caring, good-hearted and trusting.

To order memorial trees or send flowers to the family in memory of William Preston, please visit our flower store.
Send a Sympathy Card