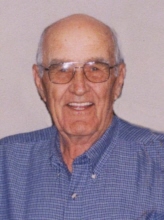 Winston Doster, age 93, of Glenwood, passed away Friday, December 5, 2014. He was born on September 22, 1921, in Amity, the son of George Doster and Pearl Orrick Doster. On February 1, 1940, he was married to Ruth Whisenhunt Doster who preceded him in death on December 5, 2009. He was also preceded in death by his son, Royce Doster; his grandson, Keith Markham; his great-grandson, Dawson Markham; and his granddaughter, Cassie McGough He was a member and deacon of Bethlehem Missionary Baptist Church and served on the Kirby school board for 25 years. He is survived by his six children and their spouses, Cherryl and Gerald Grant and Terry and Gayle Doster, all of Kirby, Gail and Melvin Markham and Dana and Gene Horn, all of Glenwood, Tammy and Danny Reese of Murphy, Texas, and Kelly and Tammie Doster of Jefferson, Texas; nineteen grandchildren; twenty-eight great-grandchildren; five great-great-grandchildren; two sisters, Pauline Woodson of Amity and Bessie Cookman of Anderson, Indiana; and several nieces and nephews. Services will be held at 3:00 PM, Monday, December 8, 2014, in the Bethlehem Missionary Baptist Church with Bro. Jack Herring, Bro. Bobby Golden, and Bro. Glynn Self officiating. Visitation will be held Sunday, 6:00 PM until 8:00 PM, at the funeral home. Interment will be in the Coker Cemetery under the direction of Davis-Smith Funeral Home, Glenwood. Pallbearers will be Paul Doster, Shane Markham, Ryan Horn, P. J. Horn, Mark Reese and Dan Funderburk. Guest registry is at www.davis-smith.com.

To order memorial trees or send flowers to the family in memory of Winston Doster, please visit our flower store.