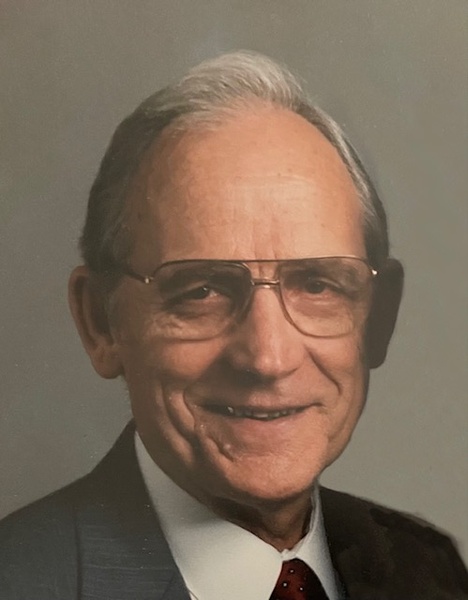 Basil Lavelle Copeland Sr., 96, of Maumelle, Arkansas, was born on on April 2nd, 1926 in North Little Rock.  He was the son of Homer and Sallie (House) Copeland.  He departed this life on July 3rd, 2022.  He was preceded in death by his wife, Thelma Rae (Ashley) Copeland, his father and mother, two brothers, Joseph and William Copeland and three sisters, Martha Jenkins, Juanita Ashley, and his twin sister, Hazel Cook.  He is survived by his wife, Betty (Lambert) Copeland, four sons, Basil L. (Skip) Copeland Jr., Mark Copeland (Bonnie), Scott Copeland (Shannon) and Tim Copeland (Paula), 10 grandchildren, and 11 great grandchildren.

Basil was a retired Navy Chief Petty Officer with service in World War II and various stations throughout the Pacific Theater after the war, including serving as Senior Medical Advisor to the Republic of China Marine Corps in Taiwan. Upon retirement, he worked in a variety of management and administrative roles in hospitals.  He retired from Arkansas Children’s Hospital after 17 years as an assistant administrator.

He had an unwavering faith in Jesus Christ and was devoted in his service to God.  It was in his role as elder in the Fairview Park Church of Christ that he found his true vocation.  For almost 40 years, he taught Bible Classes, preached sermons on occasion but primarily he was busy shepherding, encouraging and sculpting souls for eternity.  Many men have their hobbies, hunting or fishing. Basil’s hobby was taking care of people.  He would count among his greatest achievements the fact that all four of his sons are capable bible teachers and gospel preachers.

The family’s thanks are extended to the staff of The Lakes at Maumelle who provided care to Basil in the last months of his life and who continue to care for Betty as she is in Rehab.  They made arrangements so that they could stay together in the same room and worked under the direction of Arkansas Hospice to make his transition from this life as comfortable as possible.