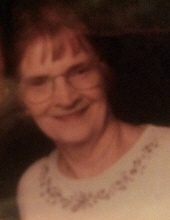 She was born on September 24, 1929, in Detroit, Michigan, the daughter of George Roberts and Ilene Spooner Roberts. She is preceded in death by her parents; one sister, Delores; and one brother, Herman.

Blanche was a loving mother, grandmother and great-grandmother who loved her family dearly and will be greatly missed by all that knew and loved her.

To order memorial trees or send flowers to the family in memory of Blanche Larabell, please visit our flower store.