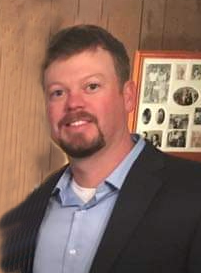 He was born on September 24, 1980, in Jacksonville, the son of James M. Clark, Sr. and DeAnn Tollett Clark.  He was preceded in death by his father.

Brian worked as a letter carrier for the United States Postal Service.  He loved going fishing with Paxton.  He was such a jokester and always had something going on.  He was a great friend that could be counted on and always provided lots of fun when he was around.  Brian was an incredible artist.  He will be greatly missed by all that knew and loved him.

He is survived by his son, Paxton Clark; one daughter, Lauren Welch; Julie Clark, all of Hot Springs; his mother, DeAnn Clark of Pearcy; his brother and sister-in-law, Jimmy Clark, Jr. and Martha of Glenwood; his sister and future brother-in-law, Amanda Clark and Rowdy Cooley; his nieces and nephews, Caylee and Drake Kitchen, Molly and Garrett Flint, Liane and Larry Hill, Emily Burkholder, Hagen and Carter Turner, Kaili Clark and Jace Clark; great-niece and great-nephews; several cousins, aunts, uncles, extended family members and a host of wonderful friends.

Interment will be in the Morning Star Cemetery.

Guest registry at www.smithfamilycares.com.
To order memorial trees or send flowers to the family in memory of Brian Andrew Clark, please visit our flower store.
Send a Sympathy Card