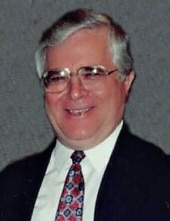 He was born August 19, 1936, in Steele Missouri. He was preceded in death by his parents, Lorena Linderman Stull and Wilbur Floyd Stull; his brother, Don Stull; and his sister, Lydia Stull.

He was preceded in death by his first wife Mary Laird Stull, and survived by their children, Brent Stull of Carrollton, Texas and Carla Simmons of Coppell, Texas.

He was preceded in death by his second wife, Enola Gay Stull, and survived by her children, LoVana Alberts of Lake Dallas, Texas, James McCraw of Sanger, Texas and Letitia Robertson of Miss Point, Mississippi.

Carl was a 30 year active member of First Baptist Church of Carrollton, Texas and a United States Army veteran.

To order memorial trees or send flowers to the family in memory of Carl Clayton Stull, please visit our flower store.