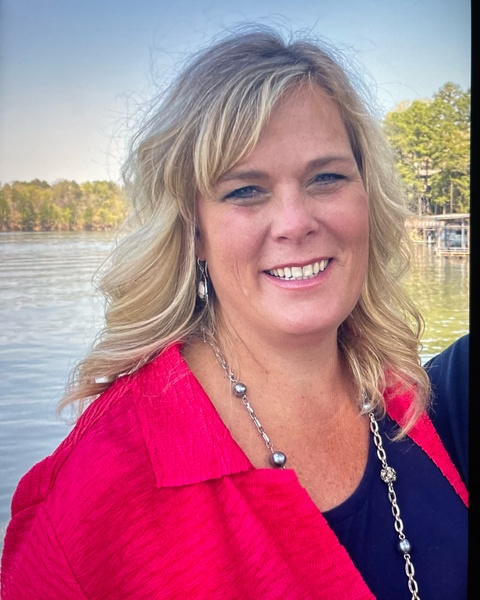 Catherine Cook Henry, 50, of Little Rock, Arkansas passed away on Thursday, September 29, 2022, after her courageous fight against cancer. Cathey was born January 8, 1972, in Jacksonville, Florida. Cathey is survived by her husband, Robert (Bob) Henry and her three daughters, Elizabeth, Caroline, and Ashley; her parents, Carole and Charlie Cook of Hot Springs, Arkansas; brother, Charles Cook III and his wife, Katy; niece, Ellie Cook; nephew, Charles Cook IV all of Jacksonville, Florida. Additionally, Cathey is survived by her “Golden Girls” friends, and her beloved dog, Jax.

She was a member of Christ the King Catholic Church in Little Rock. Cathey was a loyal employee of the Mount Saint Mary Academy in Little Rock, where all three of her girls
graduated. Cathey loved her MSM family very much and considered herself an honorary alum.

To her friends and family, Cathey was the life of the party and a friend to all. No matter the occasion, she was always in for a good time with those she loved. She always had a song in her heart, whether she was doing dishes or closing out the night with a dance party. Her favorite place was on Lake Hamilton in Hot Springs, Arkansas. Everyone's favorite memories of Cathey most likely include a body of water, a glass of red wine, and laughter that could be heard from miles away.

To her husband Bob, she was the best thing since sliced bread (as he would put it). She was the rock of the family, and his ride or die. Cathey and Bob celebrated their 27th wedding anniversary on September 2nd, 2022.

Cathey constantly opened her home to all, especially her daughters’ friends. She was notorious for her homemade meals that could satisfy the 20 girl sleepovers that she and Bob agreed to host on every occasion. The love that Cathey embodied for others was
incomparable and will be deeply missed. She was always so proud of her girls and was the best mother to all.

In lieu of flowers donations may be made to Mount Saint Mary’s Academy, 3224 Kavanaugh Blvd, Little Rock, Arkansas 72205.

To order memorial trees or send flowers to the family in memory of Catherine Cook Henry, please visit our flower store.

Followed by the Rosary at 7:30