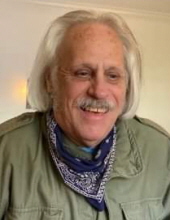 He was born on June 9, 1955, in Colorado Springs, Colorado, the son of Charles Harless O’Dell, II and Pauline DuMond O’Dell. He was preceded in death by his loving parents; and beautiful niece.

He attended Point Loma College in San Diego, California. In 1992, his greatest love, his daughter, Ally O’Dell, was born. He was a self-employed businessman, owning and operating Blackie’s Locker in Hot Springs, dealing in militaria, antiques, and records. He was an avid surfer, guitar player and a Confederate re-enactor. Chuck was a loving father, adoring brother and attentive friend, who will be missed by everyone who knew him.

He is survived by his daughter and son-in-law, Ally and CJ Kullmann, and their daughters; his sister, Charleen O’Dell of Hot Springs; and special friends, Patty, Wilson, Alex, Bell and Sarah.

Memorial services will be held by his family and friends at 1:00 PM, Sunday, February 27, 2022, in the Sulphur Springs Baptist Church with Bro. Scott Vaughn officiating with burial to follow in the Hillside Cemetery in Norman.

In lieu of flowers, memorials may be made in memory of Chuck, to the Hillside Cemetery, c/oDoris Lewis, 420 Lewis Bend, Oden, AR 71961.

Cremation arrangements were under the direction of Smith Family Funeral Home in Glenwood.


Amos 9:6: It is he that buildeth his stories in the heaven, and hath founded his troop in the earth; he that calleth for the waters of the sea, and poureth them out upon the face of the earth: The Lord is his name.

To order memorial trees or send flowers to the family in memory of Charles "Chuck" Harless O'Dell, III, please visit our flower store.