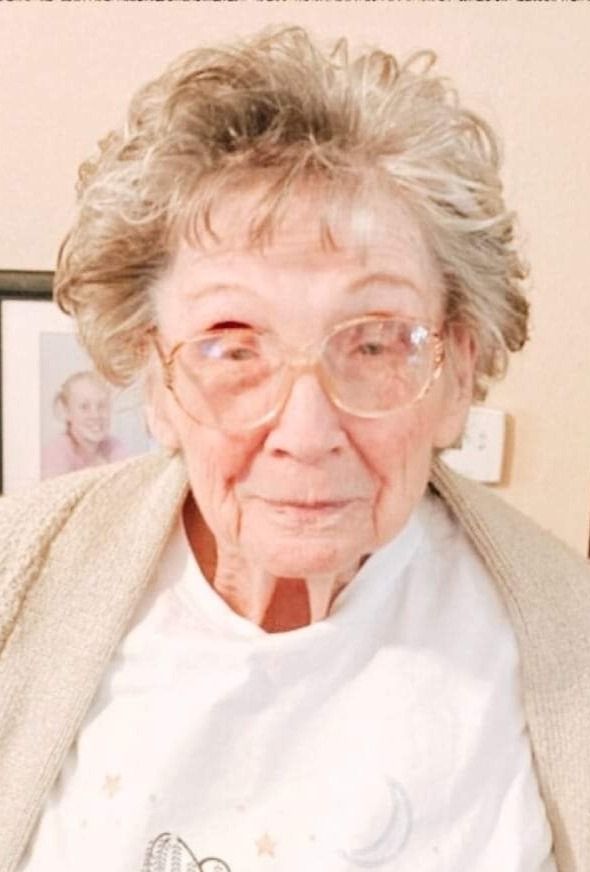 Clemmie Mozell (Looper) Glover walked through the eternal gates of Heaven to be with her Lord Jesus Christ on Monday, May 30, 2022, in Hot Springs.

Clemmie was born in Daisy, Oklahoma on July 21, 1930, to George W.  Looper and Lula May (McCurdy) Looper.  Clemmie was preceded in death by her parents; four sisters, Cleo, Lydie, Cordelia and Mildred; three brothers, Elgia, Elvin and Elton; two granddaughters, Vesta Ann Nichols and Shannon Perez; and her husband of 62 years, Boyd Glover.

Clemmie would move to Bakersfield, California as a young girl. Later she would marry Boyd Glover and have five children whom she adored. Clemmie spent most of her early years as a stay at home mom to those five precious children. Once her youngest child started school, she went to work for Kern County Superintendent of Schools as a preschool teachers’ aide, a job she absolutely loved and retired from after 20 years.  Clemmie and Boyd relocated to Langley, Arkansas in 1994.

Clemmie’s family was her life’s biggest joy and guiding them to follow Jesus was her greatest accomplishment. She was always heavily involved with her church, Lakeside Baptist, until she was no longer able. She loved to sew and embroider, and she made the most beautiful quilts, a talent she would pass down to any who was interested. She loved Chinese food, her favorite always remained Bill Lee’s Bamboo Chopsticks in Bakersfield.

Clemmie was the most patient, modest, loving and kind soul you could ever meet, but she wasn’t afraid to send you outside to pick a switch if you needed it. Her love for children and her family was evident. She held a special place in the hearts of anyone she met. We were fortunate to have her on earth for nearly 92 years. She played such a huge and impactful role in all of our lives in so many ways, to which we will forever be grateful.

Graveside services will be held at 10:00 AM, Friday, June 3, 2022, in the Mount Joy Cemetery with Bro. Wayne Frazier officiating.

To order memorial trees or send flowers to the family in memory of Clemmie Mozell (Looper) Glover, please visit our flower store.
Send a Sympathy Card